“Checklist the Docs” at Write the Docs Europe 2016 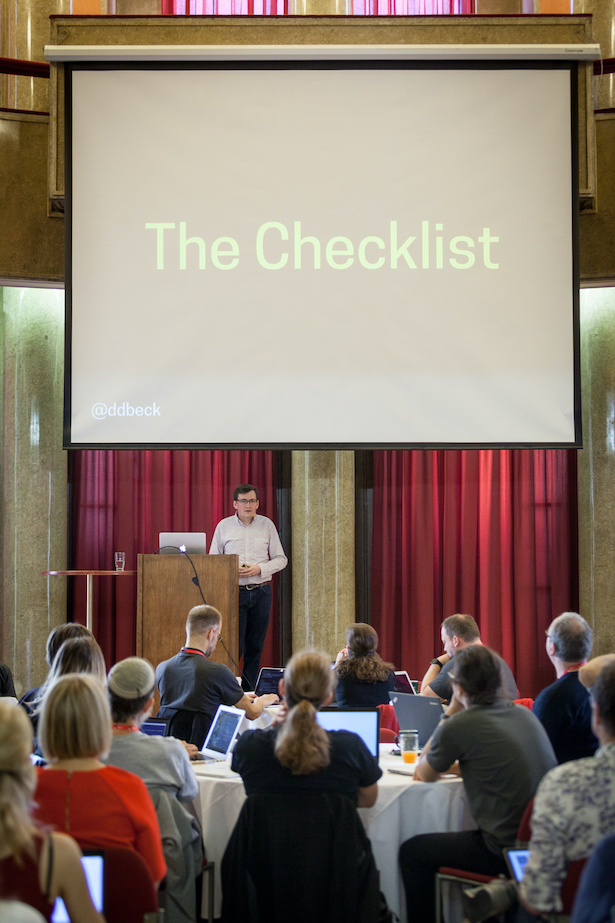 I gave a talk on using checklists in your documentation workflow at the Write the Docs Europe held in Prague, Czech Republic in September 2016. If you attended the talk, I hope you enjoyed it!

Here are some of the things I mentioned in my talk:

If you’re desperate to revisit my slides, then you can download a PDF.

I confess I am a #checklist geek. Loving @ddbeck's talk on checklists. https://t.co/RaUrxAjWex #WriteTheDocs #techcomm